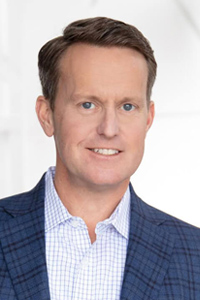 A Dallas native and Dallas Jesuit graduate, attorney Eric Marye created and leads The Marye Law Firm. He opened our law firm in 1999. Since then, he has skillfully handled a variety of serious personal injury cases — from car accident cases to non-subscriber claims for work-related injuries.

Eric feels blessed to have handled several large, high-profile cases for severely injured clients in the greater Dallas area. He built our firm around a single, guiding philosophy – treat every client’s case as if it was his own. More than two decades later, Eric has the same personalized approach. That’s because he understands this is your only case.

Eric is licensed to practice law in Texas state courts, and the Eastern and Northern Districts of Texas. He is a graduate of Rice University and The University of Texas Law School.

Learn more about how Dallas personal injury lawyer Eric H. Marye can help you. Contact us and schedule a free case evaluation with attorney Marye. He welcomes the opportunity to make a difference when it matters most.

Eric has run in the Boston Marathon multiple times, most recently in April 2022.